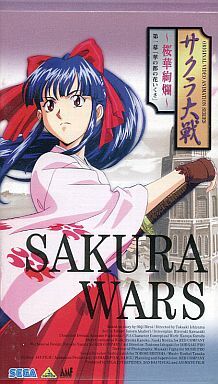 Sakura Wars: The Gorgeous Blooming Cherry Blossoms is a 1997 Japanese original video animation (OVA) created by Bandai Visual and Animate Film. It ran for four episodes and is the first OVA based on the Sakura Wars video games. It was released from December 18, 1997 – July 25, 1998.

Retrieved from "https://animevoiceover.fandom.com/wiki/Sakura_Wars_(OVA)?oldid=301252"
Community content is available under CC-BY-SA unless otherwise noted.