My Love Story!! (俺物語!!) is an anime adaptation of the manga of the same name manga written by Kazune Kawahara and illustrated by Aruko. The anime is directed by Morio Asaka, rritten by Natsuko Takahashi, has music by S.E.N.S. Project, and is animated by the studio Madhouse.

It was licensed by Sentai Filmworks in North America and was released with an English dub on DVD and Blu-Ray on December 20, 2016. 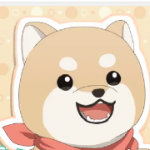