What's on your mind?

Hey Guys, I’m back from my 12 day vacation, I hope you all missed me so much, I also really miss you too. I noticed the recent changes in each pages and new one since I was gone, but now that I’m back, I can continue afflicting Anime Voice Over Wiki, see you all when you see my edits.

Hey everyone, I just want to let you all know that I'm taking a 2 week off for vacation, so I won’t be around for about 13 days for tomorrow’s trip, so I will be back until May 13 so I can continue to work on Anime Voice Over Wiki by the time I got back from vacation, so until then, see you all until May 13.

Over Ear Bering Vibration Ring Tone Signals: on the Globule World of the Planet. Creating Reinforced Resident Brick-Wall Houses: using Sound Barrior Blocks; To Tone out the Vibe Signals. Possible: Escape to the Historical Past and the future wanted to Stay forever.

Parent's transferred their children to the Moon without the knowledge about their New Moon Ring Tone Abilities. Moon Ring Tone may have came from the Moon Creator Stone-Rock Refraction of Light, Reflected by the sun: It became an Crystal Orb with levitation ascension.

Hey Guys, Im Back again and it's that time of what happens randomly in any kind of Month Again, Like I said before the Last time I Make one, Im a Man of my word and proud to feature you guys the next Batch, recently a few days ago, We have been bombarded with a New Batch of Anime coming Soon and this is list is going to be pretty big, some of the anime I added are Backlogs but you never knew when they we'll get dubbed, and Since we are in the New Year of April so Far, I already took the Anime on what we have this Month off since we know them very well and have been getting dubbed obviously, like last list, It may be the Same featuring the ones from last one but with a lot more other upcoming Anime Shows that have yet to be dubbed in the Future soon.

The Upcoming Anime Shows and Movie's that have yet to officially arrived in the Future:

Kancolle Someday in the Sea

Is the Order a Rabbit? Bloom

Iroduku: The World in Colors

Army of the Dead: Los Vegas

The Executioner and her way of Life

Shikimori's Not Just a Cutie

The Rising of the Shield Hero Season 2

A Couple of Cuckoos

New Yuki Yuna is a Hero

Classroom of the Elite Season 2 and 3

My Next Life as a Villainess: All routes lead to doom movie

Shikimori's Not just a cutie

MSG: The Witch from Mercury

Trapped in a Dating Sim: The World of Otome Games is Tough for Mobs

The Greatest Demon Lord Is Reborn as a Typical Nobody

Skeleton Knight in Another World

The Dawn of the Witch

AMAIM Warrior at the Borderline

Requiem of the Rose King - Part 2

And Recurring Shows that are getting new eps:

Eden's Zero New Batch of Episodes (season 2 on it's way)

Baki Hanma New Batch of Episodes (on it's Way)

Hey Guys, It's me again, and I Got an announcement for all active and Available editors in this Website, With the Help of the Franchise Categories. I Noticed that their are a lot of Anime Projects missing in this Website and I have Made a List to show you guys, if Any of you are Free and Available, Please Edit them into the Wikipedia, I want to help do whatever I can to make sure Not Much is missing and be prepared for more upcoming Dubs in the Future:

Attack on Titan Wings of Freedom

Re Zero The Frozen Bond

Lupin the 3rd Vs. Conan the Movie

Lupin the 3rd Vs. Detective Conan

Lupin the 3rd: Prison of the Past

Lupin the 3rd: Blood Seal of the Eternal Mermaid

Lupin the 3rd: Voyage to Danger

The Seven Deadly Sins: Revival of the Commandments

Evangelion 3 Movies (of them being dubbed by Dubbing Brothers)

Leave it to Kero: Theatrical Version

Pokemon Movie 3: Spell of the Unown

Pokemon Mystery Dungeon: Team Go Getters out of the Gate

Free Dive to the Future OVA

Girls Und Panzer This is the Rail Anizo Battle

Ghost in the Shell: The Movie Virtual Reality Driver

Ghost in the Shell: Stand Alone Complex - The Laughing Man

No Game No Life Short

That is all I got So Far, Im Sorry this List is incredibly Huge but We are Missing a lot of Titles in this Website that really needs to be edited, If Anyone has some free time, Please add them, it really would mean alot. I'll make a New Post tomorrow, but until then, Let's get to Work. 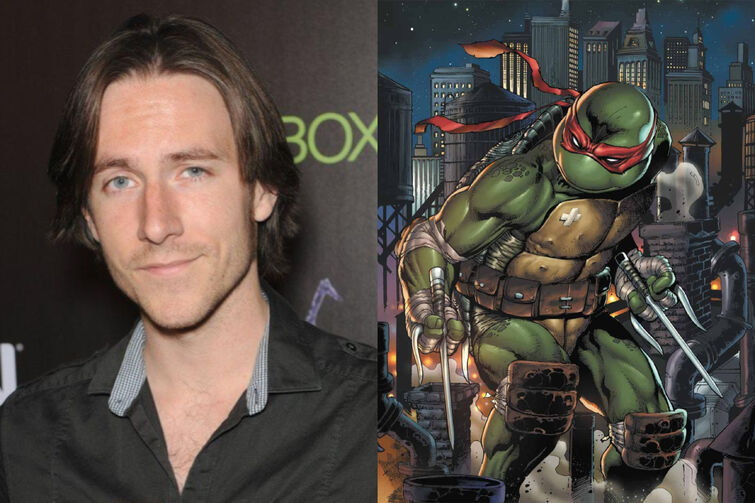 If we did got another season or special of Marvel's Spider-Man who should voice Peter Parker? | Fandommarvels-spiderman-2017.fandom.com

Hey Guys, It's me again, Since We have been blown with a brand new batch of announcements for Anime a few days ago and recently Demon Slayer season 2, I Decide I want to make a habit of wanting to remind you guys for a new Batch of Anime coming to us, I myself am very thrilled for all of this And I would like to share this all with you guys, If you remember my list from November, I'm basically giving you a Large List, however, any anime that has already been dubbed won't be here and we are getting new announcements, so I like to make this a Pop up for when we get a Crunchyroll Announcement. Feel free to tell me what do you think about these Possibilities, I Myself am very anticipated to hear new voices:

The Upcoming Anime Shows and Movie's that have yet to officially arrived in the Future:

Shikimori's Not Just a Cutie

The Rising of the Shield Hero Season 2

A Couple of Cuckoos

New Yuki Yuna is a Hero

And Recurring Shows that are getting new eps:

Eden's Zero New Batch of Episodes (season 2 on it's way)

@Heny3088 @Muffinmagic978 Figured starting this discussion would be a lot easier if I talked to you guys at the same time by tagging you both here instead of sending messages to you individually, so let's get this over with.

I'd really appreciate it if you guys would actually take the time to add the shows you create pages for (or if you're simply adding new credits to pages that were already created) to the VAs' pages for once. Surely you two have noticed by now that I had to add a lot of shows to a bunch of VAs' pages because you take too long to add them every. single. time, and it's getting tiring and annoying as hell for me at this point. At the end of the day I don't mind doing extra edits, but I shouldn't have to do all the work on this wiki when Vocal's not around, even if you find yourself to be too tired to do what I'm asking you to.

Hello Everyone, This is my First Question in this Website and I really need your help with this, As all of you are aware, that Funimation is making more new dub episodes and they have reached to episode 770, the Episode that mentions Oden, and We Finally hear Oden's Voice in English, Spoiler Alerts: 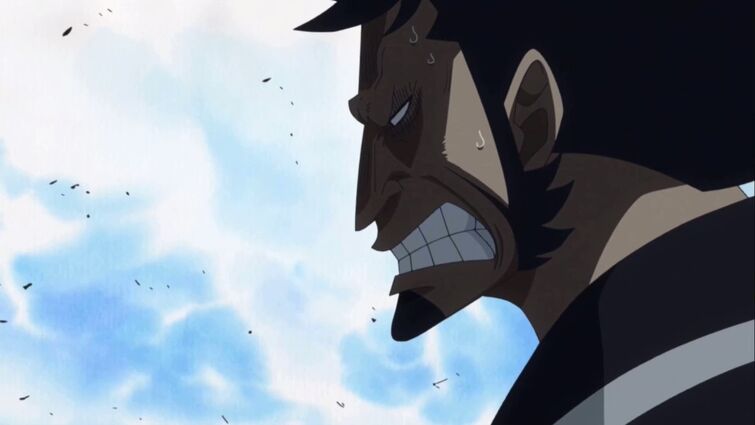 Here is a Clip of Oden's Dub Voice happening in 0:50 and I was Beyond Impress of his Actor's Vocal Range, and I'm hearing it multiple times trying to confirm who is the Voice of Oden, It does sounds Greatly familiar like someone I heard and known about already, You Might find it pretty silly for what I'm about to say, but what do you think if his English Voice is Sean Schemmel, comparing this Voice with other characters Sean has voiced and knowing that he is a man who knows how to change his voice. Tell me what are your Thoughts on who is the Dub voice of Oden? 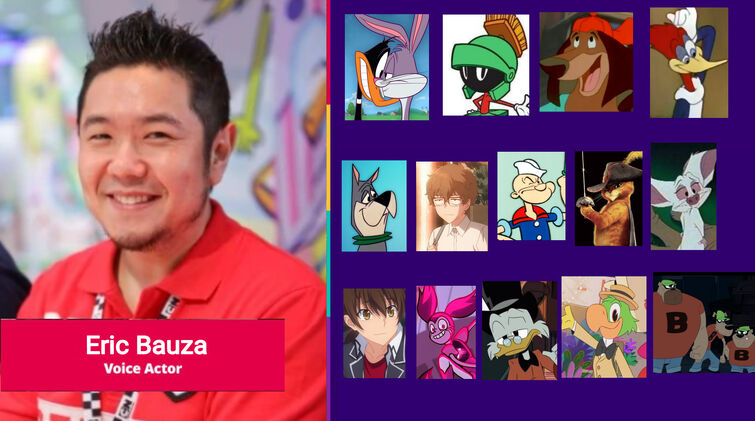 Hey Everyone, if some of you might Have Already know and heard about the Fall Anime Announcement on Crunchyroll, and news on Netflix, We will be bombarded by a large Batch of Anime Dubs and other Projects coming aboard, such as new releases and some that are yet to be announced and more new episodes on the way, So I am giving you all this list to be ready as an reminder for when these Anime Series will arrived, I got them from the Anime Dubs Reddit, Most of them might be Rumors by the comments but if they really are true, then we shouldn't rest for any time, Here is the Batch I made, Be Aware for when they arrived and be sure to add the new pages and updates around this community Cause I want to do everything I can to improve this Wikipedia for the Better.

Don't Toy with me, Miss Nagatoro

Ghost in the Shell Season 2

She Professed herself Pupil of the Wise Man

Sing a Bit of Harmony 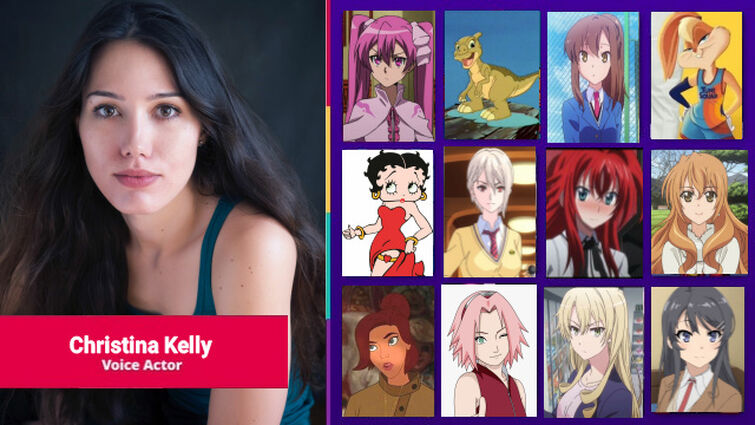 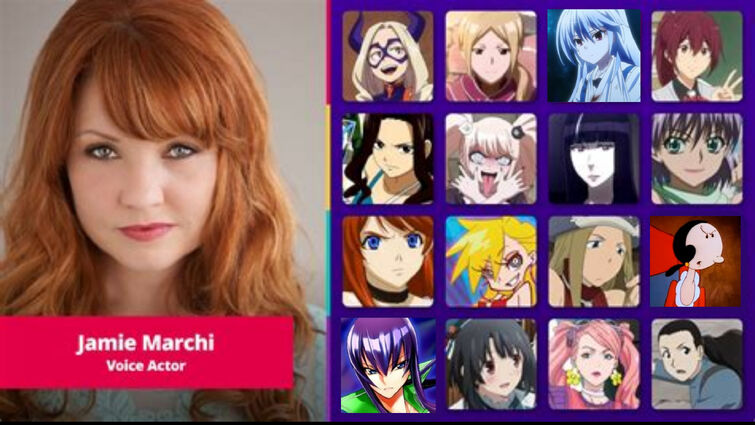 Getting tired of David Kaufman 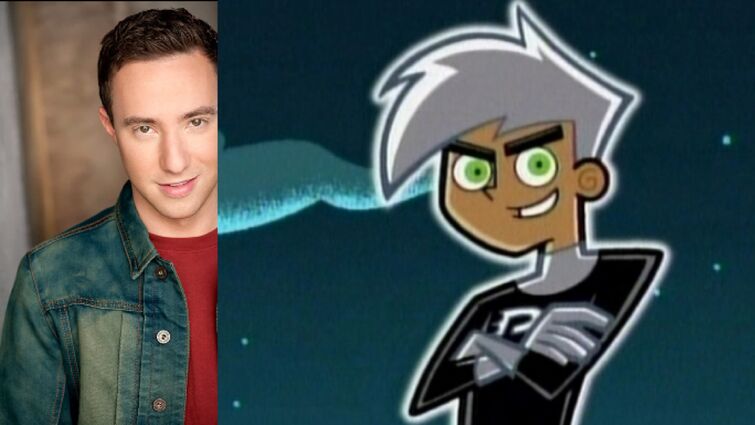 Getting sick of Jeff Bergman

This Friday, May 28th, we will be hosting the very first event of a series we’re calling The Downstream. We are trying to create something really special and interesting for you; we think you will like it. In this event: